Hello fellow readers. Today I wanted to discuss a book that really disturbed me. I am still gathering my thoughts and I am unsure as to whether I liked or hated this book. The book in question is… the Dumb House by John Burnside. 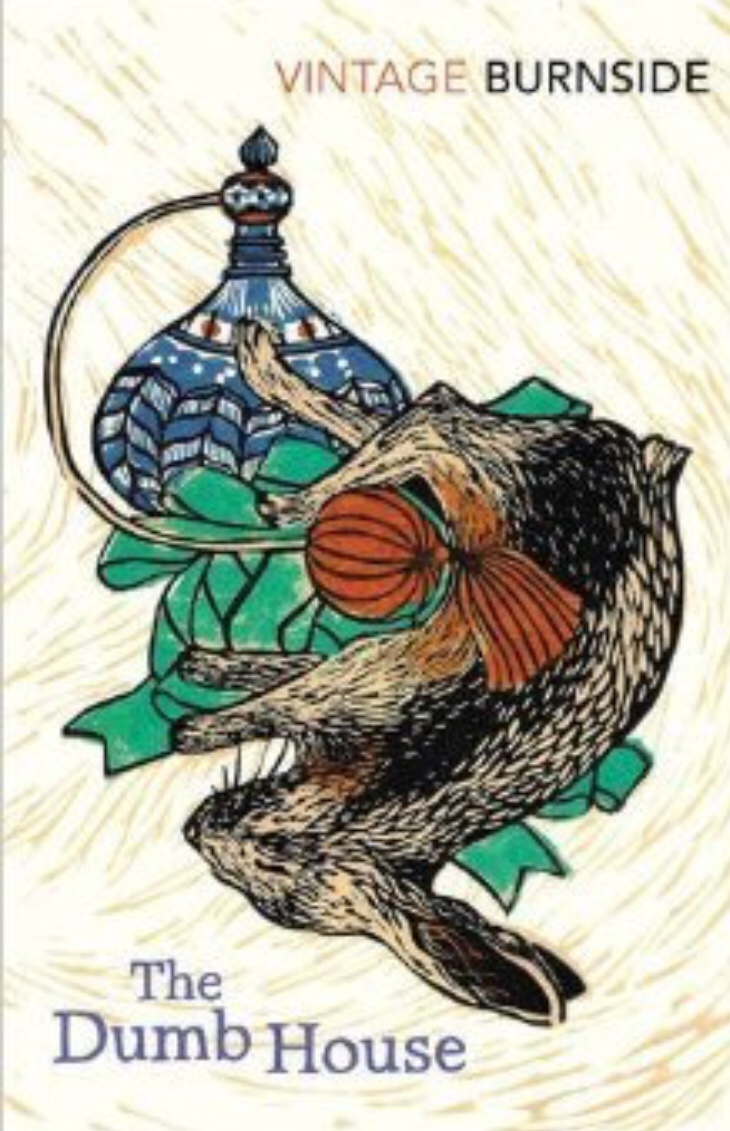 Young Luke is fascinated with the secrets of the human soul and how it relates to human language. He becomes obsessed with a story his mother told him as a child about the Dumb House, a palace where children were raised in complete seclusion and never hearing human speech. He decided to conduct his own experiment with children and creates his own version of the Dumb House.

The book is told from Luke’s perspective and I have to say that it was very disturbing to be inside the mind of a psychopath. The book opens where it eventually ends and we go back into Luke’s childhood and his relationship with his parents. From the onset it is very apparent that his family environment is unhealthy. Without over analyzing, I saw that he was governed completely by his mother who haunts the rest of the story. His relationship with his father is almost nonexistent. As he grows older, his twisted tendencies go unchecked (you might even say that they were encouraged) and he takes it upon himself to begin experimenting on animals seeking answers about life and the question of where soul comes into play. His later relationships with other characters are twisted and when he performs his biggest “experiment” I was appalled.

As a human and especially as a mother I was completely disgusted and uncomfortable throughout the whole book. I found certain parts very difficult to read.

The writing was excellent. The sentence structure and language were well done and narrating the book from Luke’s thoughts were a great way to present such disturbing content. I was inside his mind the entire time and I was uncomfortable even while I kept reading. Beginning the book at the end and then working from his childhood to the end was probably the best way this story could have been told. While I would consider it a psychological thriller, it is not the quickest paced book out there. Nevertheless, even with the disturbing content and relatively slow pace, I found myself turning pages wanting to know what happened next and hoping it wouldn’t get any worse. It did.

All in all I found it to be disturbingly interesting though I probably won’t read this again. This is not a book I’d recommend to everyone but if you are looking for something disturbing to read that isn’t as gory as some other more horror type books than this might be worth your time (though I’d recommend checking out my warning below).

If you’ve read this book please tell me what you thought. I’m still gathering my thoughts and can’t tell how I’d rate it but I’d love to discuss with someone.

This site uses Akismet to reduce spam. Learn how your comment data is processed.